When it comes to boiling water, safety is paramount.

If you’ve never used a boiling water tap before, it’s understandable you should be concerned about risks they may pose – especially if there are children about.

But we believe boiling water taps are the safest option for your home, care home or business. Especially when compared to electric or stove-top kettles.

Here are some facts about boiling water taps that will help put your mind at ease:

KETTLES CAN BE DANGEROUS

Electric kettles have been a kitchen essential since they were first manufactured by Russell Hobbs in the 1950s – and they have become a significant part of British culture. If you haven’t had your INTU tap installed yet, your kitchen most likely has one as well.

But kettles have the potential to become dangerous. If left supervised, they can be especially harmful to children, who may be tempted to reach up and grab the kettle or its electrical wire. 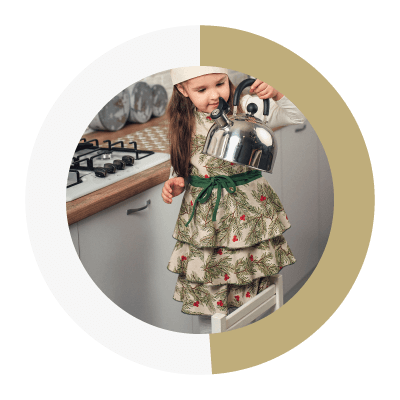 According to the Royal Society of Surgeons for England, almost half (49%)* of child admissions to specialist burns NHS services over a five-year period involved children who had been scalded by hot food or liquid spillages.

Mr Andrew Williams, a consultant plastic surgeon at Chelsea and Westminster Hospital, who specialises in burns, said: “All it takes is for a small child to pull a kettle cord, or knock a cup of tea over, and they can be scarred for life.”

Handling a heavy kettle can also be difficult and dangerous for older people or vulnerable adults. For the elderly, as well as children, the most common place to sustain a burn injury is in the home, the British Burn Association has said**.

INTU boiling water taps eliminate the risk of serious injury from the home entirely as it makes the humble kettle essentially redundant.

With an INTU boiling water tap, no moving or pouring is required. Simply press the safety button down, turn the handle and take exactly the amount of hot water that is required for the drink. Then as soon as you let go of the handle the boiling water stops.

INTU boiling water taps have a number of safety features built into the design making them the simplest and safest choice.

All of our taps feature a 180-degree swivel spout for ease of use and accessibility. The tap has been deliberately designed so it cannot fully rotate beyond the confines of the sink.

Most of our taps have tamper-proof safety handles that allow you to activate a child-safe catch by pushing down on it, then twisting and holding it. As soon as you remove your hand, the safety catch returns to safe and is switched off – keeping your family safe throughout use. The handles are also spring loaded for additional security.

Meanwhile, our INTU boiling water tanks have an open-vented system, instead of a normal pressurised system, which allows for an easier installation of a safer tank in your home. 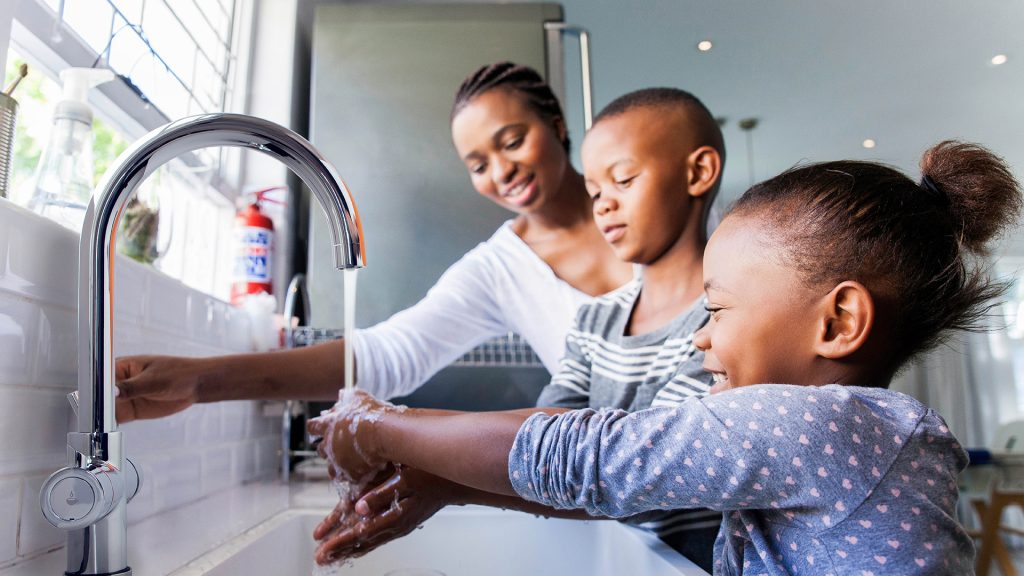 COOL TO THE TOUCH

Some kettles – and even some boiling water taps – can be hot to the touch.

With an INTU boiling water tap, the water runs through the centre of the spout, ensuring the tap itself is always cool.

The tap itself delivers a safe, controlled flow of water from the spout, eliminating any dangerous spitting or spurting. 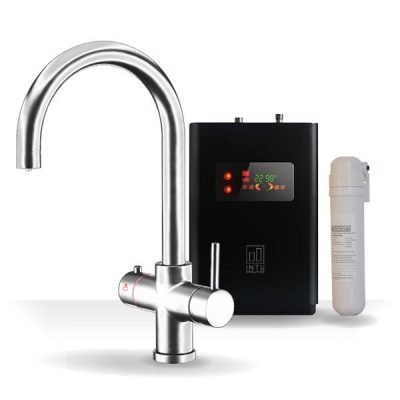