For elderly and vulnerable people, extra care must be taken to avoid nasty scalds and burns when handling kettles and pans of boiling water.

The elderly – along with children – are the group most vulnerable to burns and the majority of injuries occur as a result of an accident that could so easily have been prevented*.

We believe boiling water taps are the safest option for all environments – including  for at-home care, residential care homes and other healthcare settings – especially when compared to electric or stove-top kettles.

Handling a heavy kettle full of boiling water can be difficult for older people or vulnerable adults.

One litre of water has a mass of almost one kilogram, so a standard 1.5-litre kettle can carry 1.5kg of water, not including the kettle itself.*

With a boiling water tap, there’s no heavy lifting, just a simple turn of the tap.

Even if you’re not looking for a boiling water tap we have a solution for you – the INTU Vision IR is a touchless sensor tap means it only takes a wave of the hand to turn it on and off. Easy.

The INTU Vision IR also has a pull down spray head gives you full flexibility, so it’s easier to clean up any mess.

NO NEED FOR KETTLES

And for the elderly, the most common place to sustain a burn injury is in the home, the British Burn Association said*.

As kettles can be heavy and difficult to lift, they can pose a serious risk of injury to older people.

INTU boiling water taps eliminate the risk of serious injury from the home entirely as it makes the kettle essentially redundant.

When pouring boiling water from a kettle, an unsteady hand could make water flow faster than expected.

Our INTU Luxe boiling water tanks have an open-vented cistern, instead of a pressurised boiling cistern, which allows for a safer, more controlled flow of water from the tap at a fixed speed.

INTU boiling water taps eliminate the risk of serious injury from the home entirely as it makes the kettle essentially redundant.

INTU boiling water taps have a number of safety features built into the design making them the simplest and safest choice.

All of our taps feature a 180-degree swivel spout for ease of use and accessibility. The tap has been deliberately designed so it cannot fully rotate beyond the confines of the sink.

Most of our taps have tamper-proof safety handles that allow you to activate a child-safe catch by pushing down on it, then twisting and holding it. As soon as you remove your hand, the safety catch returns to safe and is switched off – keeping your staff, family or residents safe throughout.

The handles are also spring loaded for additional security. 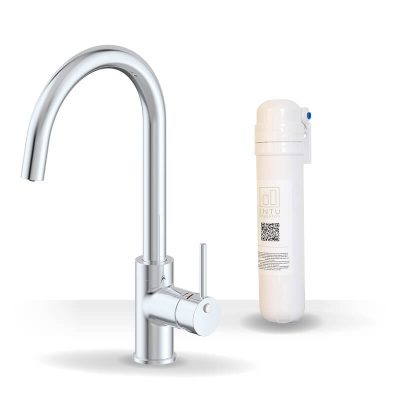 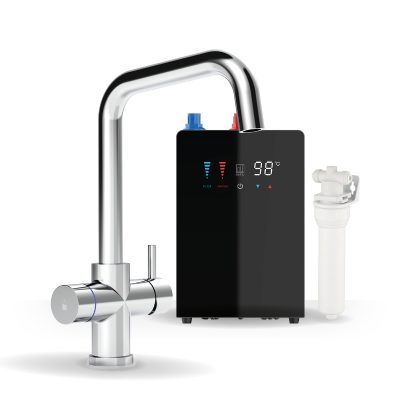 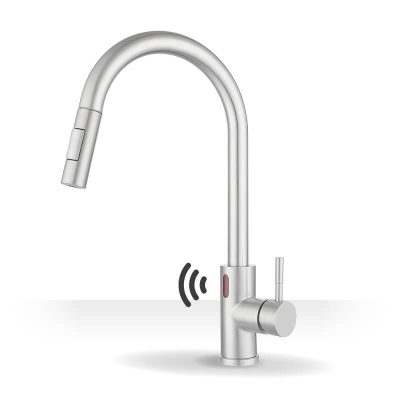